Gunpowder Riverkeeper letter to Maryland Department of the Environment

Gunpowder Riverkeeper is opposed to the Wetlands and Waterways Permit 19-NT-0228 because of the complexity of the project, the location in a heavily forested wetland, and the stated wetlands mitigation plan that would pay into the non tidal wetlands mitigation fund rather than mitigate impacts within the same watershed. Read more here.

In response to plans to create an industrial park on a 326-acre parcel near the Route 24 and Interstate-95 interchange, land use advocacy groups from Harford County and beyond signed a letter addressed to Mr. Brad Killian, Director of Planning and Zoning for Harford County.

The proposed Abingdon Business Park is located within Abingdon Woods bounded by I-95, Route 24, Route 7 and Abingdon Road. The legal and practical concerns include extensive deforestation (planned clear cut of 220 acres of forest) and potential for negative impacts to water quality are detailed in the full letter printed below.

“The undersigned citizens and organizations are writing in opposition to the proposed Abingdon Business Park, located at the southeast corner of I-95 and Route 24. The undersigned have serious legal and practical concerns about the extensive deforestation proposed under the current plan and the associated negative impacts to water quality. This project proposes substantial deforestation that appears to violate local and state laws regarding forest conservation and is contrary to County policy as stated in the County’s Green Infrastructure Plan.”  READ LETTER END_OF_DOCUMENT_TOKEN_TO_BE_REPLACED

The Harford County Circuit Court upheld the decision in Case 5886 to deny the tire pyrolysis operation by Auston Transfer and Processing on 6 acres in Joppa off Route 7.

The property, Auston Transfer, used for shredding and recycling scrap tires requested a new system to incinerate tires within a closed chamber.  The property is zoned CI- Commercial Industrial.  Planning & Zoning approved the use in this zoning category.

Within the time frame allowed, two Joppa citizens appealed the determination made by the Director and asked that the matter be reviewed by the County’s Hearing Examiner.  They were assisted by the People’s Counsel.  That decision was appealed because it considered the determination of the Planning and Zoning Director to allow this use in CI, was improper and that the pyrolysis system belonged in GI-General Industrial zoning.

As of this decision, the Hearing Examiner, County Council and now the Circuit Court all agree that the Director of Planning & Zoning overreached his authority and made a “legal error” in deciding to allow this use in CI.

In addition, the Circuit Court added that material and information which is not in the Zoning Code itself, should be made available to the public.  In this case it was the Industrial Codes used by the Department of Planning & Zoning.

Why is this relevant?

Friends of Harford is sharing news of this decision because it is an example of how the system is supposed to work. The community had concerns about the potential for negative effects to the environment and of the proximity of the tire burning near their homes. At each level, the facts were brought to light and the decision was made not to allow this type of facility in a Commercial Industrial Zoning. Had the tire pyrolysis plant been allowed in CI, it would have set precedent for future types of facilities in CI zoning.

Thanks to all who attended the Friends of Harford Annual Meeting on April 28, 2019 at the McFaul Center. Annual Report and Presentations in links below.

Welcome 2019 Board of Directors 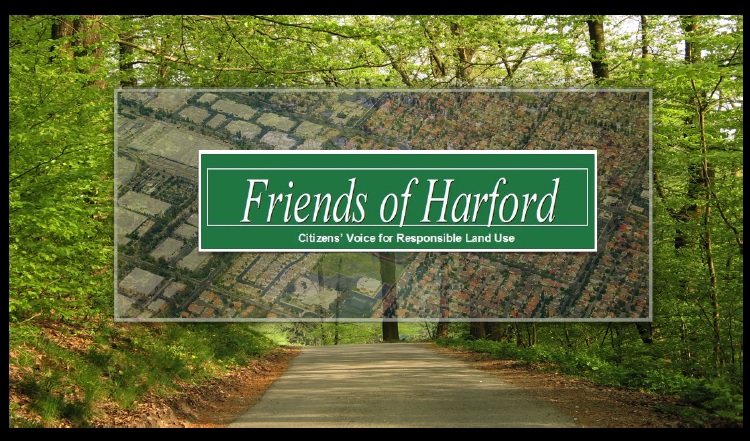 All are invited to:

Note-Refreshments and conversation at the conclusion of the program

Grateful for strong community partners like Gunpowder Riverkeeper for shining a light on the development process and the potential negative impacts to the environment. 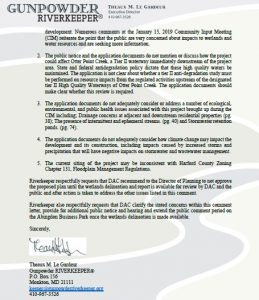 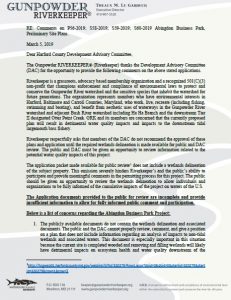 The Harford County Council has been busy passing legislation! Check out the new scorecard HERE. 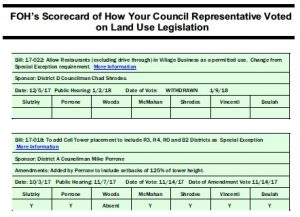 Friends of Harford- Why we asked the Candidates these questions:

Unless you’ve been personally affected by a County land use decision, you may be wondering why we asked these particular questions of local candidates.  The following links provide reasons for the questions asked.

Reasons we asked the County Executive Candidates these questions

Reasons we asked the County Council Candidates these questions